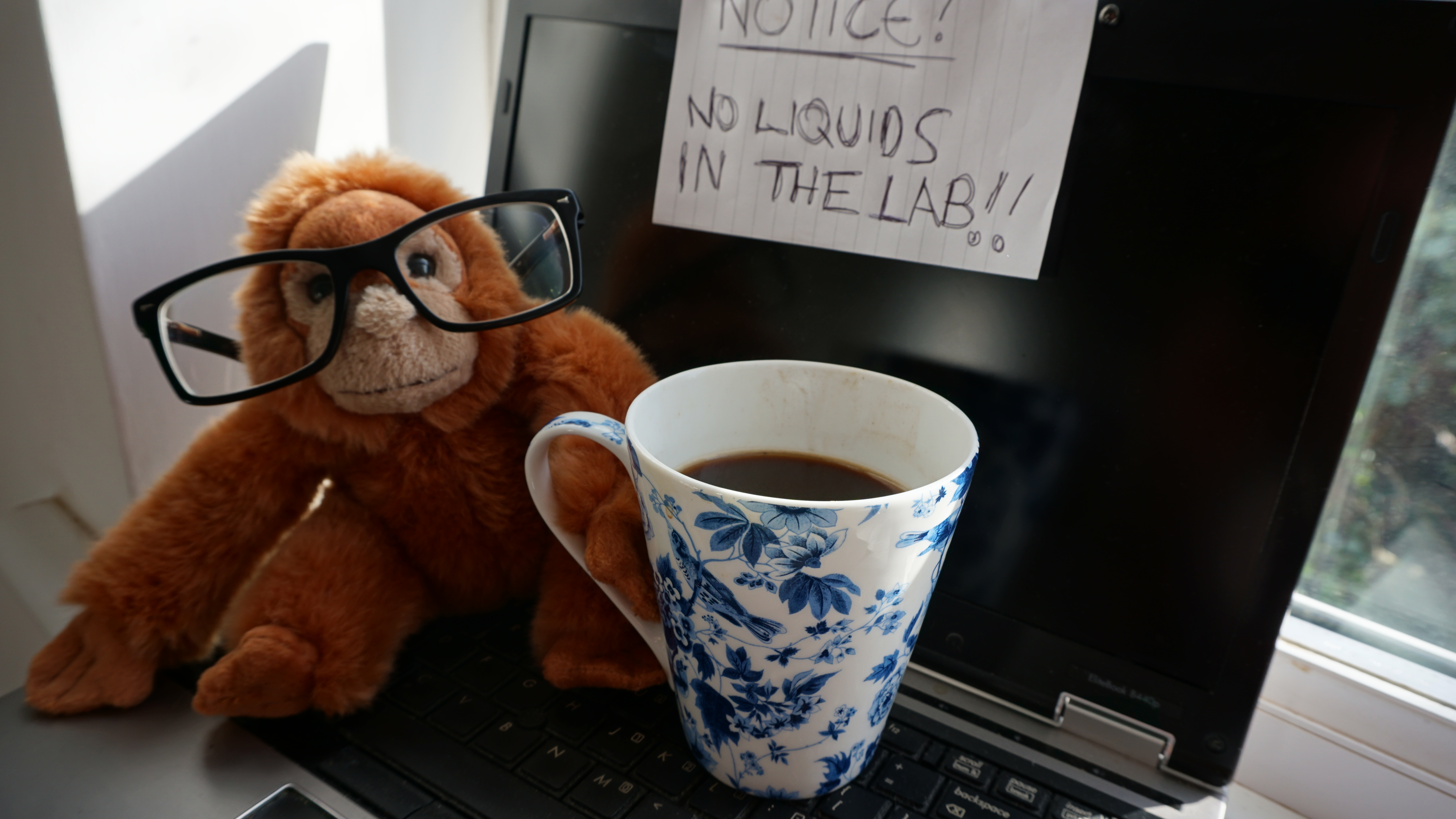 Building virtual labs is quick, easy and no one complains about your cabling.

Throughout my career, until very recently, I always had access to a lab of some kind, so when I heard others complaining about lack access to kit I would smile and nod, and politely shut down the conversation if they asked to have a login to my kit.
Now I find I am that guy, sure I can get hold of kit if I ask politely, but it is never the same if you are having to use equipment that someone else maintains, I like full console access and not having to ask before each reboot and config wipe.
So I found myself a different approach and started to work with the HPE VSR. This is a fully-featured Production-ready virtual router running HPE's Comware 7 OS. I use it mainly for lab work, demos, testing configs and protocols but I upset some people if I refer to it as my toy, it is much more than just a virtual lab image. You've got L2, L3 routing prots, IPv6, MPLS & VXLAN, all kinds of business going on. For Prod there is licensing, but to get some hands-on the image is free to download, see below for link.

To give an example of how I use the VSR in my day-to-day, I present to you my: 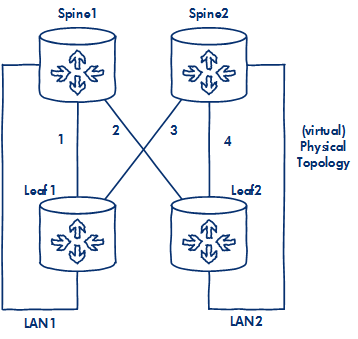 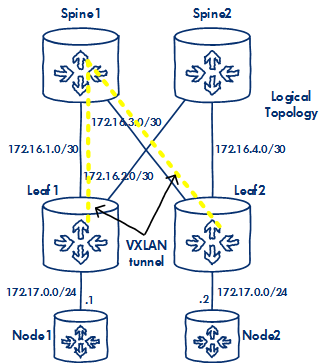 The network uses 4 VSRs to create a basic leaf spine network ready and waiting for the routing protocol of your choice.
I want to test out VXLAN so I need a LAN side node, but rather than create extra load I'm reusing the Spines as IP nodes, hence the additional Spine to Leaf connections, hopefully that makes sense in the logical diagram, I'll be using VRFs to ensure traffic separation.

The VSR is only accessible via a VirtualBox console which seems to have a problem with 'copy-and-paste', it doesn't work. This is rather annoying because to get SSH up and running there are more commands than I can be bothered to type out each time. I've been using this small workaround, it's pretty dirty but it works.

Step Four - Make like the Galactic Empire and Clone[2]

Final note - Be careful out there!

This blog provides details of how to build a static VXLAN network that connects physical hardware to a virtualised network, enabling communication from docker containers to external nodes. The build is comprised of a hardware ArubaOS-Switch acting as a VTEP and an openvswitch VTEP running on an ubuntu server, which

For many in enterprise networking, IPv6 is just a distant memory of a tedious mandatory training a few years back. Weird addresses, over-eager trainer, stories about v6 adoption that never came true. Why then for the last couple of years have I been presenting to Aruba audiences about IPv6 adoption?

While rebuilding my v6 lab with a variety different host OS, I found that there is no single approach to address generation in IPv6 SLAAC networks. I've recorded my findings below for future reference, but also as a good way to delve deeper into the murky world of IPv6 address