Now let's continue our look at routing with EVPN-VXLAN as we focus on symmetrical IRB.

This post is essentially building upon a lot of what we covered in the previous post. So, if you haven't read that yet, please do, then meet me back here. This post will make a lot more sense if you do.

Here's an overview of the features and components that we'll be covering:

That's a lot of information to take in and plenty of new features to examine, so let's dive in.

Here's the example network we will use to demonstrate symmetrical IRB and inter-subnet routing.
Please note that it is minimal on purpose, I will expand on this network example where necessary.

Let's start with a base config for one of the VTEPs.

Why do we need the L3VNI?

Let's put all that together, here's our new config snippet:

I think it is worth reiterating those steps so here's a graphical summary of the new config:

Not your usual IPv4 unicast

Thus the RT-5 allows the VTEPs to bootstrap the process to generate the MAC-IP RT-2 information that they need for successful traffic flows, using just the IP prefix information.

redistribute host-route is configured under the EVPN VLAN like so:

This command helps to ensure traffic follows the best path to a destination client in symmetrcial IRB network, here's how:

Let's look at a three VTEP network to illustrate this point:

RT-2 - present but not used

In light of this issue, recent releases of Aruba AOS-CX utilise FIB optimization so that only active traffic flows for EVPN learnt routes are passed from the RIB to hardware forwarding.
This is a new feature as of AOS-CX 10.10, I'll cover it in a future post.

EVPN Router's MAC and why it is needed?

Here's a packet capture of a BGP EVPN RT-2 UPDATE in a symmetrical IRB design, that shows the EVPN Router's MAC of 00:00:00:aa:bb:11 being advertised:

Here's a capture of an ICMP Echo Request as it traverses the VXLAN network. We can see the EVPN Router's MAC is the destination MAC in the inner header.

With this information in mind, let's have a detailed look at the control plane and data plane processes involved in symmetrical IRB.

Here's the config from 6300-1 again, with the added config snippets:

This is where we will end our look at the control plane and move on to the data plane.

**In an effort to mollify the networking purists amongst my valued readership I concede that the preamble is not just a data plane process, but does indeed include control plane exchanges. I hope you will forgive me this indiscretion in the name of educational purposes. I think the process is complex enough to merit a full examination in this manner. *

There's a lot going on here so let's reconfirm the starting point.

We now move on to the processes involved if the ingress VTEP has an RT-2 entry for 172.16.20.1, and is configured to redistribute the /32 entries into its RIB.

So why it is called 'symmetrical'?

The look ups are mirrored on the VTEPs, they are symmetrical.

Now I've covered the main topics of EVPN, I'm going to proceed by turning this into video content, plus I will return with further posts focused on specific aspects of EVPN networks.

💬Final note: There is so much in here that I've no doubt there are typos and errors, if you see anything glaring, please let me know via twitter or joenullzero@gmail.com 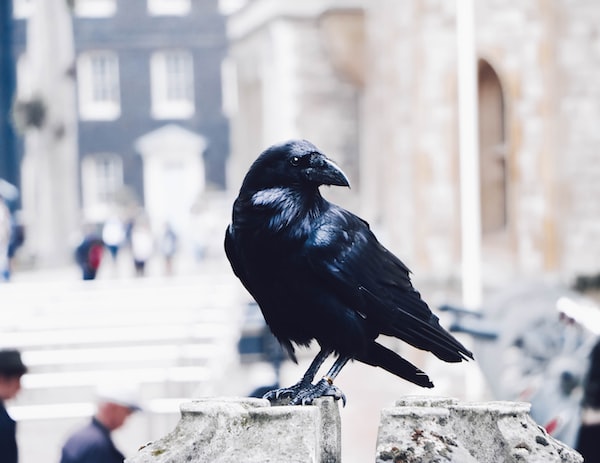 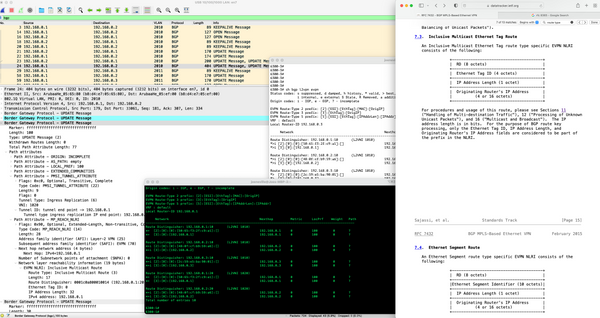